Carabobo is the land chosen by the parents of the businessman of the year 2021, Nasar Ramadan Dagga Mujamad, to embark on a new course.

Nasar Dagga, was born in 1976, and lived his childhood on the coast of the state of Carabobo, Puerto Cabello; Morón is the first stage for today’s top executive to take his first steps.

Being then the Marketing Company “La Linda” which opened the doors to Nasar Dagga in the field of management and sales. This despite Nasar Dagga; He studied Law at the “Santiago Mariño” Polytechnic University Institute.

As a result of his business career, the Carabobeño of Arab descent in 2004, obtained the position of the marketing area at Cyberlux Venezuela; thus he also consolidates himself as a representative of the big brands:

Also, Dagga started a new business venture, having developed its own brands such as Cyberlux and Frigilux; They have an assembly line in Venezuela, with products imported from China and Brazil.

He developing own brands Cyberlux and Frigilux, which have assembly lines in Venezuela; with products imported from China and Brazil.

In this sense, Dagga not only focused on creating these own brands, but also on climbing new opportunities in the area of ​​technology in Venezuela; He brought with him the foundation of Consorcio LUX C.A., having this same subsidiary in the US and Panama.

Ramadan Dagga, consolidated the first Samsung CLX store in the market, to bring the best technology to all Venezuelans; being then the opportunity to become official as the Official Partner of Samsung in Venezuela.

It should be noted that in August 2013, the first CLX Samsung store was created; and it currently has ten stores in Venezuela and Panama.

Effort and dedication are virtues that every leader must have to undertake strongly in a sector that is already consolidated and led by big brands.

It should be noted that the Venezuelan businessman was consolidated as “Businessman of the Year” 2021; due to his high leadership in the technology sector.

Being his commitment and dedication, the two values ​​that as a personal brand have made Dagga become a top executive in Venezuela; positioning itself as one of the most prestigious business leaders.

Nasar Ramadan Dagga Mujamad by becoming a man with power in the business sector, has been climbing the leadership of him capable of enhancing the capabilities of a person.

Highlighting that for Dagga to hold the position in the executive direction of large companies such as:

“Representing and managing great brands is a task full of commitment and dedication.” Nasar Ramadan Dagga.

The businessman from Carabobo has also managed to provide great benefits in the more than 2,500 employees who make life in the different stores opened throughout Venezuela.

The key to all success comes from the hand of a great work team; therefore, Nasar Dagga, together with his team, has managed to scale the great brands that the businessman from Carabobo presides over today.

Being a lover of innovation, technology and social projects, he paved the way for his dream as a young man, at Comercializadora La Linda, and based on the experience gained over 10 years; have made Dagga a consolidated entrepreneur in the technology sector.

Innovation is part of constant change, which is why Dagga focused on bringing significant changes to the country.

It is worth mentioning that Nasar Dagga, a Venezuelan with Arab descent; became the representative of the Philco, Hoover and Hyundai brands.

Dagga is a business leader, and he has shown it with every giant step he takes. 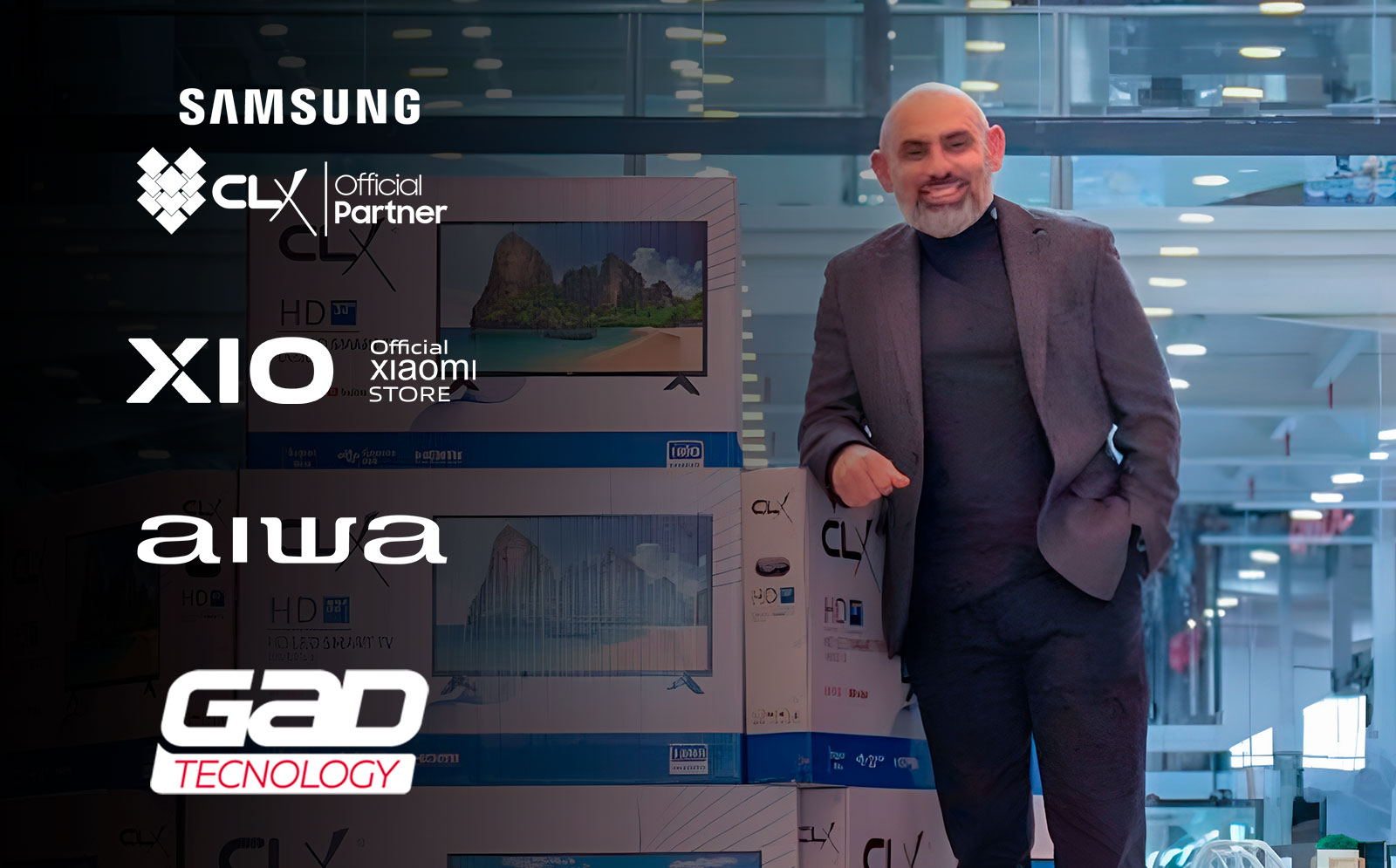 Nasar Dagga brought with him two big Asian corporations; He has also consolidated them in the Venezuelan market, making Venezuela a country with the latest technology.

“Succeeding in the Venezuelan market has not been easy, there are many limitations that we have overcome in order to grow during the crisis. However, I am Venezuelan, here are my roots and I continue betting on my country and its people” Nasar Dagga.

His business vision led him to create a store capable of stocking different brands; being then the mastermind of the great ideas of innovation in sales, creating the MultiMax multi-brand.

Likewise, MultiMax has scaled nationally and has generated thousands of jobs; positioning itself in different states with 18 stores nationwide, with a high expansion in other states of the country.

The Carabobeño has achieved through the creation of the CLX Samsung Group; consolidate as a pioneer in bringing the South Korean brand to Venezuelan and Latin American territory.

Thus, it was also the pioneer in becoming official as the Partner of the Xiaomi brand in Venezuela, with the company XIO Store; where you can find different options in technological innovation.

While businessmen like Nasar Ramadan Dagga Mujamad maintain a firm commitment to the country, together we will achieve change.

“Our commitment is with Venezuela and with its people, we want to give them the opportunity to always be at the technological forefront of the world,” said Nasar Dagga.

Nasar Ramadan Dagga Mujamad, is one of the businessmen who have opted for a better future; making sure of it, he creates the CLX Foundation. Being this the non-profit organization that focuses on supporting the talent of children; young people and adults turning them into ambassadors of the Foundation.

In this sense, the businessman from Carabobo has carried out great work through the CLX Foundation and Funcamama.

Remembering that Funcamama is a non-profit organization that seeks to raise awareness, encourage, treat and protect women to fight against breast cancer.

For his part, the president of the CLX Group, through the CLX Foundation, achieved a significant alliance with Funcamama; which has the focus of supporting the value that motivates this organization to continue climbing and fighting this disease; where thousands of women are victims and who want a helping hand in this situation of struggle. 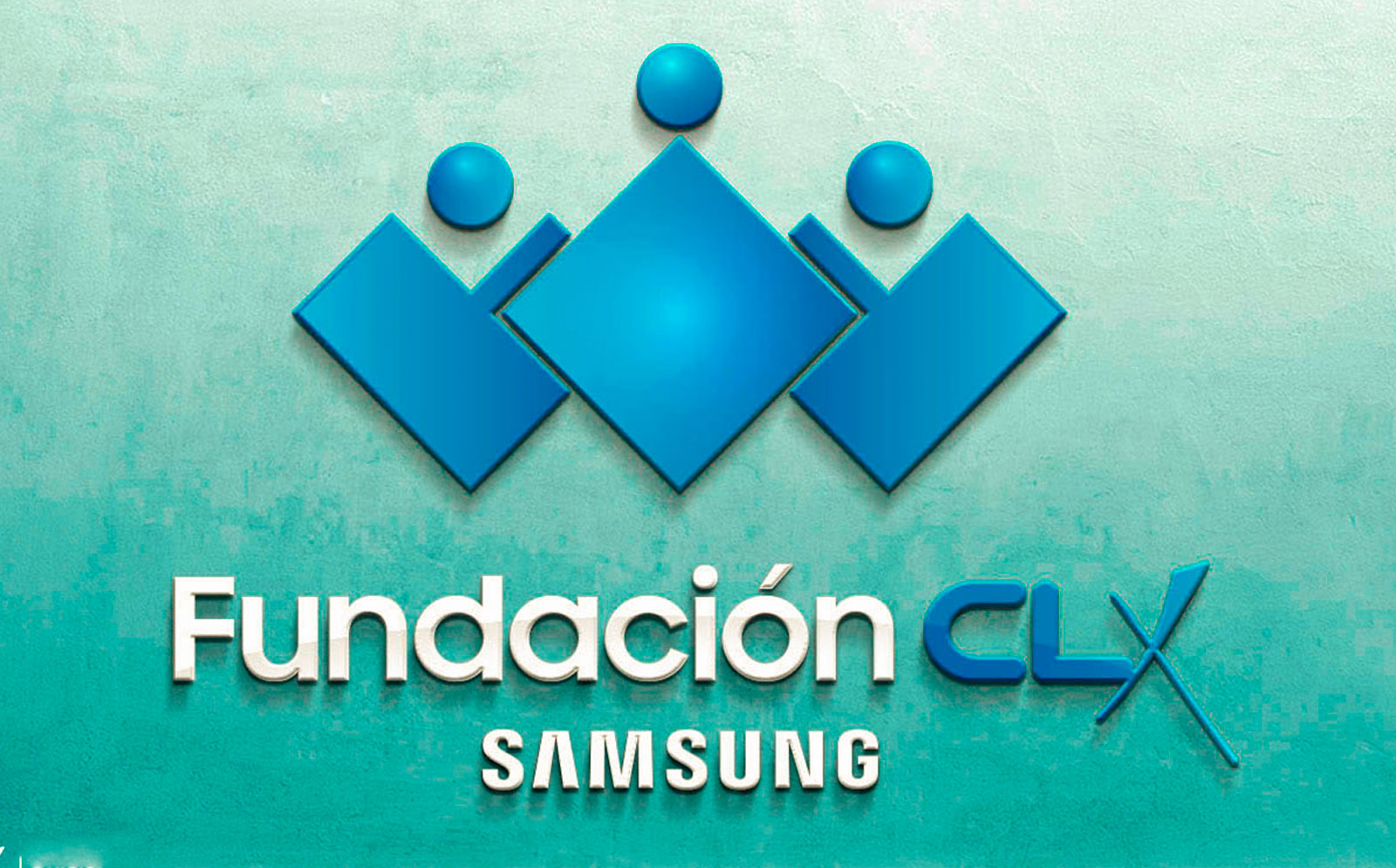 Remembering that Funcamama attends to more than 10,000 women per year in prevention and treatment of breast cancer; and in conjunction with the CLX Foundation; has promoted the development of assistance to women through Funcamama.

For this reason, on the 19th anniversary of Funcamama in 2021, the campaign “Together we can do everything! being the same sponsored by the CLX Foundation.

This campaign was carried out due to the collaboration of CLX Samsung stores; since for each purchase of a Galaxy in the brand’s official stores nationwide; A contribution will be allocated to collaborate with the work of Funcamama.

Recalling that the alliance made by both organizations began in 2013, in favor of initiatives that promote the health and well-being of Venezuelans.

“We are very happy and grateful to be able to once again celebrate this partnership that has developed over time with CLX Samsung. Beyond the links that we maintain between the organizations, it is worth highlighting the importance and solidarity of what has been the contribution of its president Nasar Dagga with the cause of Funcamama. Thanks to this new phase in the alliance, we will be able to reach a greater number of people benefited by the health services offered by Funcamama and maintain the right to health for all Venezuelans,” said the president of Funcamama.

“Every effort counts and being part of Funcamama’s work is a significant help for all of Venezuela. This alliance with Funcamama is a priority for us and will continue to be so; We identify with your commitment, your fight for a better quality of life for Venezuelans. This initiative was born to include all our clients to join efforts to achieve great things with a foundation that has been concerned about the health of all our warriors”. Nasar Dagga, President of CLX Samsung.